Now even though beer is not a spirit, according to a 2014 analysis by the World Health Organization, 50% of the alcohol consumed in the United States is beer. So why don’t we take a look into the popular drink?

There are 4 main ingredients to beer that have a major impact on the final flavor: water, hops, malts, and yeast. 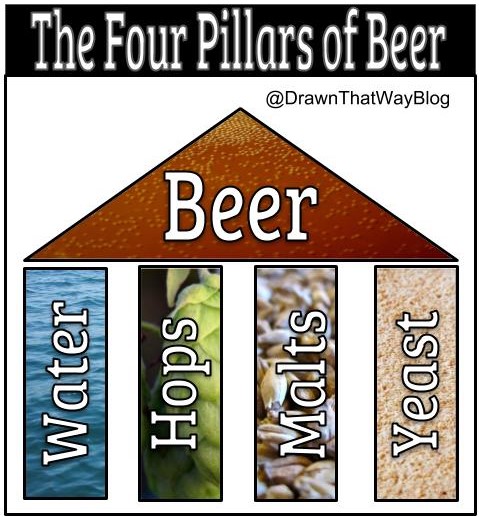 Pure water is a rarity. Depending on the source of the water, it comes into contact with different natural minerals which are absorbed by the water. The types of minerals found in water and their quantities impact the chemistry of the brewing process, ultimately influencing the final outcome.

Hops are cone-shaped flowers that affect not only the flavor of the beer but also strengthens its preservability by warding off bacteria.

Generally a shortened term for malted barley; although wheat, rye, oats, sorghum, rice, and corn can all be used for brewing beer. Barley is preferred because it is high in starches and protein, keys to the creation of alcohol.

Yeast is a fungus that transforms sugars into ethanol (the drinkable alcohol).  Brewers can manipulate yeast to produce or inhibit certain flavors in the final product. 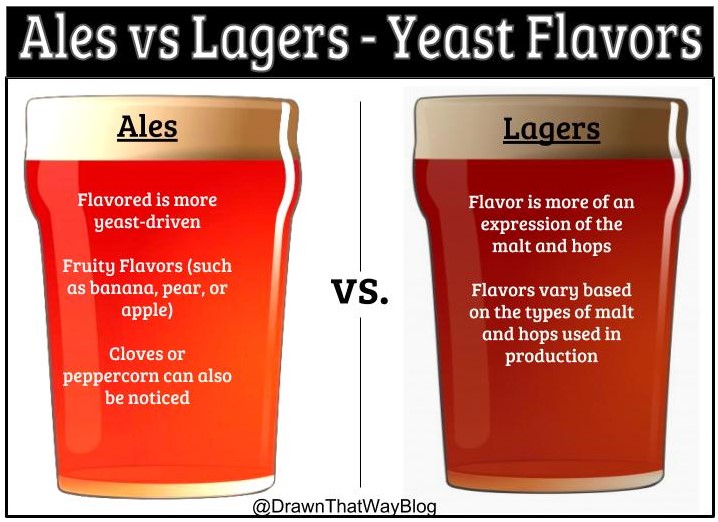 Now that you know what goes into beer and how they affect the final flavor, stay tuned for Beer Basics Part II:  How Beer is Made.

Drawn That Way, Founder View all posts by jesshyscher

If you are interested in supporting my work, you can leave a small donation of $10. Or several small donations, just increase the amount as you like. Your generous patronage will go to continuing my education so that I can continue to provide you the most knowledgeable content.